Given that it’s a hop combo that’s followed us all the way from those very early days of scooping up awards at the Chester Beer Awards before we’d even launched as a commercial brewery all the way up to the present day, Citra and Simcoe is a hop combo that is pretty difficult to beat. Sonar Bamboo takes our all time favourite pairing, matching the dry hop bill to that magical IPA we brewed for the Little Summer Beer Bash in 2018, and adds an extra element of high juice with the addition of Australian hype hop Vic Secret. A beer that shouts all things Polly’s, expect to find an absolute fruit salad of huge mango and papaya notes from Simcoe, with clean pineapple and passionfruit a-plenty brought to the table by Vic Secret, before rounding out with grapefruit bitterness from our old pal, Citra. 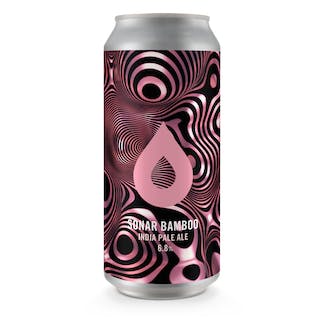